Drugreporter interviewed David Stuart, the person who first coined the term chemsex. David’s work was featured in the 2015 documentary called “Chemsex” by Vice UK, and is one of the co-creators of the European Chemsex Forum.

Drugreporter: People have been making love while being drunk or high for millennia. What is this big fuss about chemsex than, how is it different from just having sex under the influence of drugs?

David Stuart: Chemsex is not simply a word that describes the use of alcohol or drugs during sex. That is a very simple interpretation that mainstream media have misappropriated for exciting headlines. Chemsex is a word that I first coined in 2001, to describe something that I saw happening within my own local gay communities and sexual networks; something that seemed very different to other kinds of drug use cultures that I was familiar with.

Chemsex is a word that defines a phenomenon unique to modern gay culture; it is uniquely and specifically associated with gay hook-up trends, and the gay cultural idiosyncrasies that have evolved as part of online gay hook-up cultures and the use of sex-Apps (HIV sero-sorting behaviours and other HIV related stigmas, camp-shaming/masc-shaming and inter-tribe identification and rejections). Chemsex is also about the disproportionate availability of recreational and particularly harmful drugs that have been introduced so widely to gay, bi and Queer men via online hook-up Apps (referred to as chems – crystal methamnphetamine, mephedrone and GHB/GBL). Chemsex, though sometimes simply about the pursuit of pleasure and enjoyment of homo-sex, is often also about the medicating of complex issues that inhibit the enjoyment of gay sex such as societal and internalised homophobia, the impact of the HIV/AIDS epidemic within gay cultures, and religious or cultural shame that is often associated with gay sex.

Chemsex defines this international phenomenon that is so disproportionately affecting gay communities in so many cities around the world, and resulting in an upsetting and disproportionate number of deaths, addictions, mental health issues and emergency hospital presentations.

Do we know how common is chemsex in Europe?

No. Chemsex is a (relatively) new phenomenon, with a definition some still too easily misunderstand; there are anecdotal reports from within gay communities, there is the obvious prevalence visible to anyone using gay sex Apps, and some evidence from the sexual health and HIV services in various parts of Europe; but very few gay men who engage in chemsex present to traditional addiction services, preferring instead to seek support from gay community centres or sexual health services, which are not always set up or supported to collect this unique kind of data. The European Chemsex Forum in Berlin was convened to (amongst other things) support services to better collect the necessary data.

What are the main risks of chemsex and what can we do to mitigate those risks?

The most urgent risks are deaths from GHB/GBL overdoses or suicides resulting from the depression or chaos that can be caused by regular use, or the neurochemical imbalances caused by chems. Physical addiction to GHB/GBL can result in unmanageable withdrawal symptoms that can also result in death. A short-term drug induced psychosis is very common amongst people who use mephedrone and/or crystal methamphetamine, especially so when combined with a lack of sleep which is often the case with these powerful stimulants; this psychosis is extremely frightening for the person experiencing it, quite traumatising, and can often result in the danger of harm to oneself or others. HIV, hepatitis C and other STIs can also be undesired consequences of chemsex. Other less urgent harms are depression/other mental health issues, an inability to enjoy sober sex, the estrangement from family or friends, the loss of interest non sex-related activities, or general descent into chaos and depression, unemployment or homelessness.

To mitigate these risks, we can make culturally competent harm reduction information available both online, but also in the places most likely to be frequented by these men, such as gay community centres and sexual health/HIV services. We can improve the cultural competence in regard to chemsex culture within our drug/alcohol support services, and more importantly, within the sexual health and HIV services where men who engage in chemsex are more likely to present with the consequences of chemsex. We can also promote dialogue within healthcare communities and gay communities, that destigmatises chemsex and its causes, so people are more likely to come forward and seek help if they need it.

Please talk about your own work! How do you support people with chemsex related problems?

My own work includes international activism and training for a variety of healthcare professions (psychologists and talking therapists, addiction workers, sexual health staff, policy makers, gay charity staff, and those involved in HIV epidemic management at policy level); I also provide (free) one to one support for people who engage in chemsex, helping them to explore the role sex plays in their lives, and the role chems might play in that; helping them to create enjoyable sex lives of their own design, hopefully with less harm associated with it. I also especially love my community work; visiting gay communities around the world, supporting them with the traumatic impact chemsex is having within our scenes and communities; and helping them to develop community responses to chemsex, that promote dialogue and discussion within their own communities that help us all to process this complicated community issue.

Did you hear any interesting stories from other countries at the 2nd European ChemSex Forum in Berlin last week?

The Chemsex Forum brought together over 250 people from across Europe, all with varying reasons to attend; there were indeed some extraordinary stories, many hopeful, many very upsetting. Many spoke of the frequent deaths they hear about within their own communities and networks; something shared by many of those attending from different regions. A minute’s silence was conducted to remember these individual people who had died from chems in the pursuit of sex and love and connection. That was a very powerful and poignant moment at the Forum for everybody. The Forum also included two evening activities; a community Open-Mic event at a local performance bar called Let’s Talk About Gay Sex and Drugs, where people from the local communities as well as Forum attendees congregated to share personal experiences by spoken word or performance art. On the second evening, a performance of “The Chemsex Monologues”, a play written by Patrick Cash, which tells 4 intersecting stories of how chemsex has impacted the lives of people engaging in chemsex, as well as their friends, lovers family and partners. Both of these evening events were designed to help Forum attendees better understand the cultural, human contexts of chemsex, and especially helpful for those who only had an academic understanding of chemsex.

Despite the recommendations of the Civil Society Forum on Drugs, chemsex is not mentioned in the EU Action Plan on Drugs. Do you think policy makers could do more to address this issue?

Certainly, more can be done. It is understandable, in the early years of a new syndemic, that government policies and Action Plans can lag behind, preferring to wait upon empirical data before acting. But the reality is, that gay men are phenomenally and disproportionately affected by chemsex, and enough evidence of varying kinds exists to warrant support and action from our governments. The 2017 UK Drug Policy Commission report mentioned chemsex as a serious issue to address as policy. London in particular has some excellent, culturally competent chemsex support services within the sexual health and HIV support clinics frequented by gay bi and Queer men, and have also seen an 80% reduction in HIV infections within those same clinics. I do hope this very serious public health issue receives the attention it deserves from our public health organisations and policy makers. 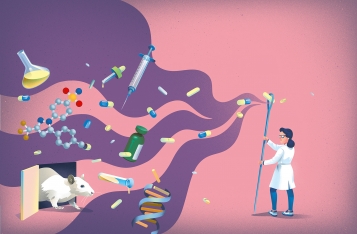 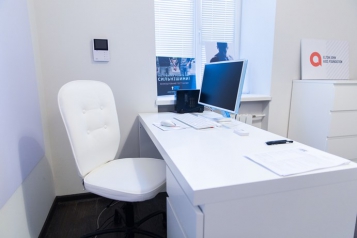